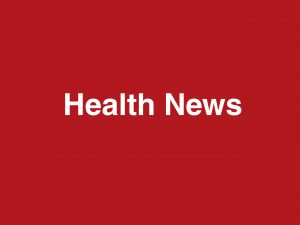 I am a retired Australian trained molecular pathologist, immunopathologist, geneticist and cancer specialist. On my retirement I returned home to the UK and now live in Woodplumpton.

Because of my academic background, I began to be asked many questions about cancer and other disorders. As a consequence, I established an information service for cancer patients so that they could understand more about cancer and the pros and cons of various treatments.

The most common question asked of me is, “Why do some drugs help some people but harm others?” The short answer is that drug effectiveness depends on a number of factors including the patient’s genetic profile, other drugs taken simultaneously and the patient’s diet. In this article, I introduce the way in which some genetic factors influence the effectiveness of chemotherapeutic drugs.

The body has a wide range of defence and repair mechanisms. One of them, the cytochrome P450 system chemically alters and neutralises the many toxic substances that we are exposed to on a daily basis. The same detoxifying system recognises chemotherapeutic drugs as toxic substances.

Some chemotherapeutic drugs are administered in an inactive form called a pro-drug. When pro-drugs enter the bloodstream, they are broken down by members of the cytochrome P450 system. The breakdown of a pro-drug releases an active drug which can then help destroy cancer cells. Many pro-drugs are activated by one of the cytochrome P450 enzyme family members called CYP2D6.

Most pro-drugs are designed to work optimally when administered to people who are extensive metabolisers with normal enzyme activity.

People who are poor metabolisers are unlikely to benefit from administration of chemotherapeutic pro-drugs because too little of the active drug is generated. By contrast, people who are ultra-rapid metabolisers may suffer serious side effects because of the formation of too much active drug.

On the other hand, some chemotherapeutic drugs are administered in an active form. With respect to administration of active drugs, those who are ultra-rapid metabolisers may remove the active drug too quickly for any beneficial effect. On the other hand, serious side effects may be caused in poor or intermediate metabolisers because drug activity is maintained for too long.

Interestingly, many other drugs such as anti-depressants, anti-psychotics, anti-arrhythmics, beta blockers and opioid analgesics also need to be activated by CYP2D6 for optimal activity.

Other members of the cytochrome P450family such as CYP3A4 also play an important role in metabolising and secreting many drugs.

Some chemotherapeutic drugs may cause serious side effects or even death when administered to patients who have inherited a particular form of a gene called DPYD.

The effectiveness of any particular drug may be pre-determined by reference to genetic typing of appropriate cytochrome P450 encoding genes, particularly that which encodes CYP2D6 as well as the DPYD gene.

I offer talks, workshops and consultations on these and many other relevant matters for cancer patients and other interested parties. Please contact me on peterhkay@gmail.com for details.