MAKE IT PRESTON THIS CHRISTMAS 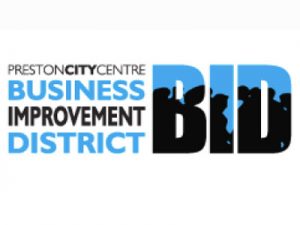 Preston city centre is launching its Christmas season with a huge free concert on Saturday 26th November.
The concert, which will culminate with the switching on of the Christmas lights, will take place on the Flag Market from 5:15pm until 7:45pm.
Performers at the event include ‘Mr. Bloom’ from the popular CBeebies show Mr. Bloom’s Nursery, the Brit-Award winning voice of M People, ‘Heather Small’, million selling soul-group ‘The Real Thing’ and Dave Finnegan’s ‘Commitments’, direct from the Hollywood blockbuster film.
Heather is expected to perform classics such as ‘Moving On Up’, ‘Search for A Hero’ and ‘Proud’, live. The Real Thing, who are celebrating their 40th anniversary this year, have committed to performing a soulful set, including their instantly recognisable million-seller ‘You To Me Are Everything’.
Mr. Bloom, star of Mr. Bloom’s Nursery, makes a welcome return to the city and will kick-start the event with a special performance. Dave Finnegan’s Commitments will bring the party to Preston with an energetic performance featuring timeless, feel-good classics, including the international hit ‘Mustang Sally’.
Preston’s city centre’s Business Improvement District (BID) is once again staging the event with the region’s largest commercial radio station, Smooth Radio North-West. The North & Western Lancashire Chamber of Commerce are sponsoring the concert to celebrate its centenary year.
Babs Murphy, chief executive of the NWL Chamber of Commerce, said: ‘We are delighted to be supporting the Christmas Concert and Switch On; it’s something we’ve been involved with for many years. This will be the last major event of our centenary year and it’s our way of saying ‘thank-you’ to the people of Preston; it’s where the Chamber began exactly 100 years ago’.
Commenting, Mark Whittle at Preston BID said: ‘We’re looking forward to kick-starting the city’s Christmas season by hosting this free event. This year we’ve worked closely with the city’s key retailers to put together a different kind of show.
‘Christmas is really important time for the city centre and its businesses. As with recent years, the BID is yet again making a considerable investment towards this season including funding the majority of the city’s Christmas lighting scheme and promoting Preston across the region. Our Christmas events are always popular and we look forward to sharing the start of the season with thousands of visitors.’
In addition to the concert, the BID, funded by businesses in the city centre, has organised an extensive regional campaign to promote Preston as a shopping and leisure destination. The campaign will be screened on regional TV and a broadcast on a range of radio stations from early November until Christmas.
Following the Christmas Concert a giant Christmas tree will be installed on the Flag Market throughout the Christmas period. The Harris Museum and surrounding trees will be also be lit, with both elements being jointly funded by the BID and Preston City Council.
A programme of street-theatre performances will take place on the high street each Saturday from November 26th until December 17th, which has been sponsored by St. George’s and Fishergate Shopping Centres.