Obesity and Covid 19 – What is the link? 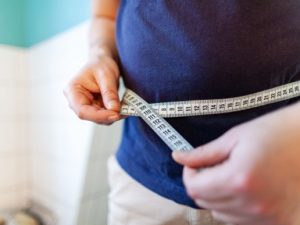 COVID-19 and its effects have scared us all, health professionals and public alike. We’re still learning about the virus, but one fact has been all over the news in the past couple of months. Obese people (people with a BMI over 30) are more at risk of complications. Why is this? Most of my friends with BMIs close to or greater than 30 seem perfectly healthy individuals. Should they be worried?

In order to answer this question, we need to look at the immune system:

When we catch a virus our body’s defence system is triggered, and inflammation occurs.  This is due to our all-purpose innate immune response, which serves as the first wave against foreign invaders. Blood flow increases to the infected area causing redness and swelling. When your nose blocks and becomes red when you catch a cold, that’s inflammation. This reaction is caused by white blood cells called macrophages and the proteins they produce called cytokines. It’s the cytokines which trigger inflammation. Usually this inflammation is a simply a sign that our body is releasing the hormones and proteins which activate our white blood cells to kickstart the recovery process, and ultimately defeat the infection.  No inflammation means no defence…and that’s bad.

So far so good; so why is obesity a problem?

Well it turns out that white blood cells aren’t the only type of cell that have the ability to produce those inflammation-inducing cytokines.  Fat cells (adipocytes) can also do this. Scientists have learned that fat is an active endocrine organ, one that can secrete a whole host of proteins and chemicals, including inflammatory cytokines.

When your body keeps adding adipose tissue (fat) cytokines are released by your fat cells, triggering inflammation. Researchers even characterised obesity as ‘…a state of low-grade, chronic inflammation.’ This means that an obese body has its immune system permanently switched on and is therefore in a constant state of inflammation.  Over time this can lead to the development of both minor and major illness and conditions, such as heart disease and diabetes.

How does this relate to COVID-19?

Back in 2009 the H1N1 Swine Flu was at its most virulent, doctors in Spain noticed that overweight and obese patients were being admitted to intensive care units in disproportionate numbers and took longer to recover than non-obese or overweight individuals. Their increased risk was attributed to the excess number of pro-inflammatory cytokines in their bodies.

Researchers in Canada then analysed the flu records for the previous 12 years and found that people who were obese were statistically more likely to be admitted to hospital for respiratory diseases than those whose BMI was in the normal range. They concluded that obese people were an “at risk” population during flu seasons due to their compromised immune response.

As we go into the winter and the risk of a second wave of coronavirus, if you have a BMI over 30 it makes sense to try to bring it down and minimise your risk. Talk to your GP.