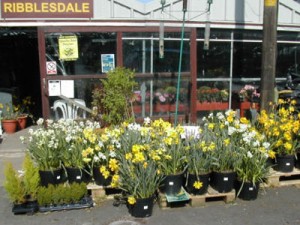 The most important part of planting a garden is to provide some structure.  This is usually achieved with trees and shrubs which give size and shape all year round and establish a background off which you can design the rest of your planting.

Spring is an excellent time to think about this because many examples of both of these types of plant flower during this time of year.

There are shrub varieties of Mahonia and Viburnum in particular which begin flowering during the winter but carry on well into the spring. 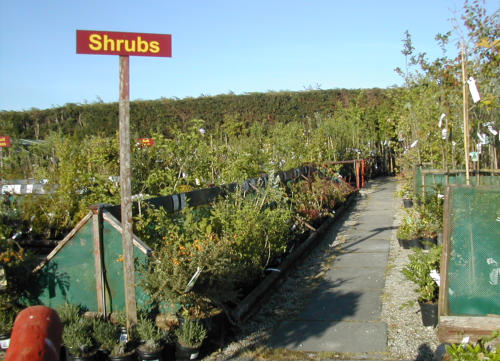 Forsythia, with its golden yellow flowers is the first true spring shrub followed by the pink scented flowers of the Ribes, flowering currant.  The sweetly scented ‘Snowball’ Viburnum varieties flower next, followed by the evergreen shrub Osmanthus, also with white scented tubular flowers.  All of these ‘show off’ during March and early April.  As next month progresses so we see Weigela, Rhododendron, Magnolia, Berberis, Choisya and many more.  The shrubs mentioned above are all taller growing varieties to provide background, some are evergreen but by no means all as true hardiest and best flowering forms are usually deciduous.

A flowering tree will provide the vital ingredient of height and a focal point as well as colour.  The nest examples of these perform during spring. 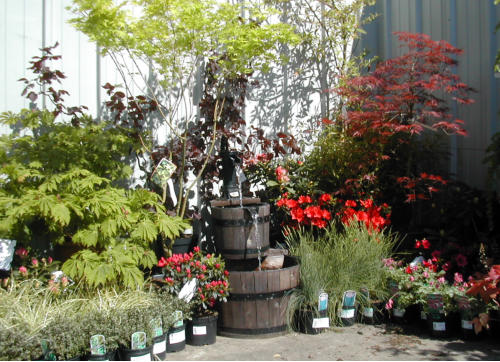 Prunus or cherries begin as early as February, but the best examples are seen during March and April, either pink or white blossom, some double, some single and some even have dark red leaves.

Around the same time we see the beautiful Amelanchier with thousands of starry white flowers followed by black berries and bonus of blood red leaves in autumn.  The best flowerers of all are the Malus or ‘crab apples’.  They have the largest quantity of blooms and do not get blown off so easily in the wind.  Malus grown for flowers offer white, pink or deep pink on green or dark red leaves.  If you want to grow for fruit then there are varieties of excellent ornamental value like Red Sentinel, or varieties producing larger fruit like John Downie, suitable for making jelly.  Add to these Crataegus or Hawthorn, particularly the red form, Paul Scarlet, and the later flowering Sorbus or Rowan, also grown for their berries in red, white, pink, yellow or orange and the options are many.  In terms of shape, the Sorbus are narrower and fit small spaces better whereas the other species have a more rounded shape.

Begin your planting with structure first as this also provides wind breaks and shading, adding to the variety of habitats within your garden which will suit an even wider range of plants.