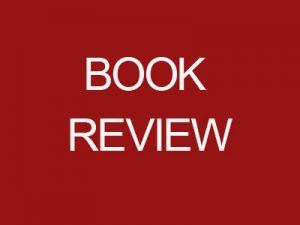 Trent Wruck has two special talents – reading objects through ESP, and stealing hi-tech aircraft! As a member of the elite Ghost Tactical team, Trent finds himself on dangerous assignments around the world to acquire some of the most secret military aircraft ever developed. Trent’s lucrative lifestyle takes a sudden turn when he is assigned to steal a hi-tech aircraft fitted with the state- of-the-art A-Drive – a top-secret alien technology back- engineered from recovered extraterrestrial craft that that allows the pilot totranscend the very fabric of time and space. Trent finds himself in a literal race against time to keep the A-Drive out of the hands of other organizations who plan to use the technology for their own sinister agendas, which threatens the very fabric of our existence. The Labyrinth of Daedalus is the action-packed first novel in the GHOST TACTICAL series that takes the reader on a high-octane trip through the stratosphere and beyond.

Local author Stephen Jansen resides here in Preston. He is a freelance writer of screenplays, novels and plays. He was the co-owner the Chance Factory Ltd Theatre Company between 2004-2007 with plays performed in the UK, Germany and Australia. His stories have been published in the Los Angeles-based Powys Media Space 1999 anthology, Shepherd Moon. Stephen has also worked as a researcher for UK TV’s Most Haunted, and has co-written a novel based on the touring experiences of ex-Hawkwind bass player Harvey Bainbridge. He has written screenplays and novels written for clients in America, Canada and Australia, and was a screenwriting lecturer at the University of Central Lancashire January to June 2014. He cannot sleep.

Ghost-Tactical: The Labyrinth of Daedalus is available to buy as Kindle Edition and Paperback directly from Amazon.co.uk