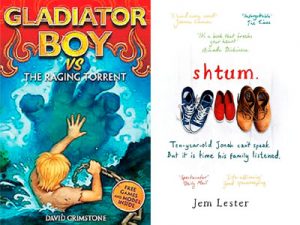 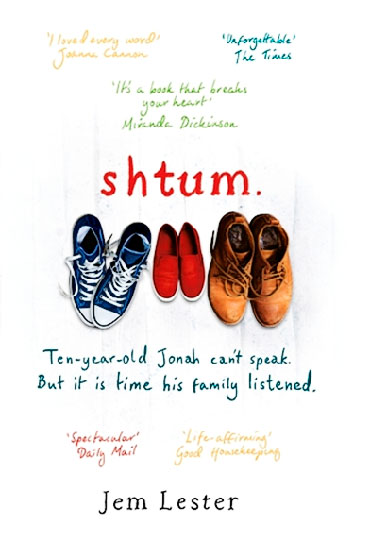 “I love you, Jonah, but sometimes I wish you had never been born.”

For most parents this would be an unthinkable phrase to utter. But Ben is desperate. He doesn’t mean it, of course, but the thought is there, uttered only when his 10 year old son is asleep. Even if Jonah heard he wouldn’t say anything.

Jonah doesn’t say anything. Jonah is non-verbal. He has autism. This is not your Rain Main depiction of autism where Jonah is a gifted child in at least one area. He has the mental age of a toddler and his parents have reached the end of the road.

He is about to make the transition to secondary school and Ben and Emma are convinced that he would be better off in a residential specialist school. The local authority doesn’t agree and this is where the novel starts.

Two parents battling to get the best for their son, and battling to communicate with each other. This is a brutally honest look at the highs and lows of parenting a child with autism. The author, Jem Lester, should know what it is like as he is father to a child just like Jonah.

But it is also a story about an adult son trying to repair his relationship with his aging father. Geog is a Holocaust survivor and has kept his past hidden from Ben. It is his conversations with Jonah that allow him to open up and Ben has to come to terms with the fact that his father won’t open up to him. It would seem that Jonah, who has the least to say, will be the one that teaches the adults in his life to live, love, and forgive.

Gladiator Boy vs The Raging Torrent by David Grimstone 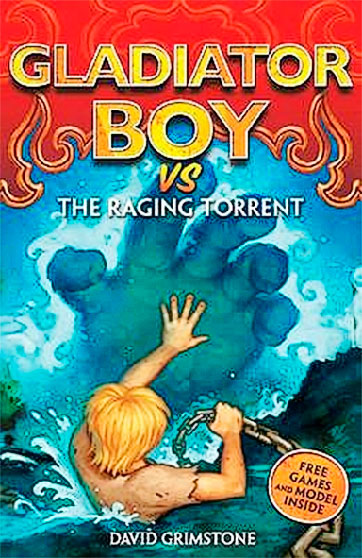 Decimus Rex, the hero of this series, was captured by slave-takers in Italy and taken to Rome to compete in the gladiator arena. Along with his cell-mates he is determined to escape and after a series of trials they manage to escape their captor Slavious Doom. But this is only the start of their troubles as they find themselves in one quest after another.

This is the eighth book in the Gladiator Boy series and it leaps right in where the previous book left off. Decimus, Olu, Ruma, and Gladius are sailing across the seas to China to rescue their friend Teo. But when they arrive in Yelang they find none other than Slavious who challenges them to survive the water maze.

This is a great series for young readers and this instalment is no exception. From attacks by Japanese Ninjas to a water filled maze with encroaching walls this is sure to be one that readers will not want to put down.